The demise of illegal logging 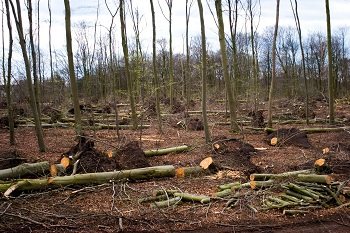 America's forestry industry is a big player in the health of this country’s economy—and north of the border, in Canada, too. North America is a World leader in wood-framing technology, and exports of lumber to Asia reach near record or record levels year on year.

Wood-component manufacturing is also a growing industry—despite the forecasted demise of the industry beneath the weight of cheaper imports from Asia. While that may have been a legitimate fear for much of the past decade, times are changing, and there are two major factors that are driving the change:

Asia’s traditional cost advantage is being eroded by rising fuel and transport costs, and by a workforce that is now demanding better working conditions and pay.

Illegal logging is being taken more seriously by governments in the developed World. According to www.illegal-logging.info, the Asia-Pacific region contains 17% of the World’s remaining forests, but has already lost a massive 88% of its original frontier forest area. The worst offender is Indonesia. Currently the World’s largest exporter of tropical timber, it’s estimated that up to 70% of the volume harvested in Indonesia comes from illegal logging.

North America, on the other hand, is home to forests that are properly managed, sustainable and growing. Millions of trees are planted across North America each year—more, in fact than are harvested.

Newport Furniture Parts is proud of the role it plays in promoting North America’s sustainable forestry industry by using only domestic woods and no tropical timbers.