Hold On To Your Seats And Enjoy These Fun Chair Facts 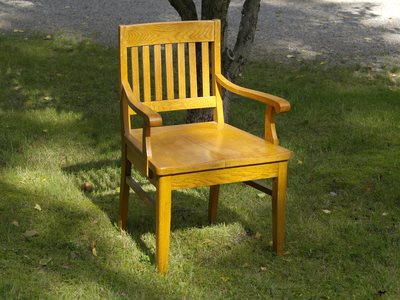 Without them we’d be left standing on our feet all day. We owe the inventor of the chair a debt of gratitude. The first chairs were probably just stones around the caveman’s campfire. With the development of furniture, chair parts were created, assembled and declared essential for every home.

Once upon a time, long, long ago

The chair’s inventor apparently lived at least five thousand years ago since the earliest chairs that archeologists have discovered date back to ancient Egypt and the time of the pharaohs. These were made for just occasional sitting by high ranking officials, strictly for ceremonial purposes.
Chairs became common in the 1500s and comfort was always an issue. Back then, wood component manufacturers were concerned with durability and portability. Short shrift was given to a person’s fanny.
Even in medieval castles, pads made out of colorful fabrics were put on hard wood chairs to make sitting easier. The pads in poorer homes used material made of coarser material, filled with straw.
This is the same period that William Shakespeare was writing his masterpieces. Clearly he liked his comforts. In just one of his plays, “Henry VI, Part III,” he refers to chairs eight times.

Variations on a theme

And then there are uncomfortable chairs. Really uncomfortable. In 1889 Thomas Edison invented the electric chair. His goal was a more humane method of executing prisoners convicted of capital crimes.
Emperor Menelik II of Abyssinia improved on this. He bought three of them, as part of an effort to modernize his justice system. Belatedly he realized his country had no electricity. There’s always a catch. So he converted one into his throne. That’s quite a shocker!
Charles Darwin, who first articulated the theory of evolution, put wheels on his desk chair so he could check his specimens more quickly and with less effort. He was certainly an inventive thinker. That sounds like the first office chair on casters.
What do a cathedral and a chair have in common? Think about the seat of a bishop or the seat of power. Both cathedral and chair come from the same root, the Greek cathedral, meaning seat or bench. A cathedral was the church with a bishop in charge, his seat of power.

Rocking chairs are great for relaxing. But for 480 hours? Atlanta, Georgia resident Dennis Easterling set a record for non-stop rocking. That’s 20 days of continuous rocking. It wasn’t reported if he subsequently went off his rocker.
In Cuba, Missouri you can find one rocking chair that doesn’t get too much use. Surely a challenge to local wood furniture manufacturers, it rises over 42 feet high and cost $22,000. It holds the record for size, but probably not for comfort.
In 2009 Germany held the first race for office chairs. Sitters were required to wear helmets. Most never made it to the finish line. Perhaps it was break time and they stopped at a Starbucks during the race to fuel up.
Business owners invested in comfortable office chairs made by companies like Newport Furniture Parts for their employees in an attempt to get them to stay sitting down for as long as possible. This way they could do more work. That is, until the coffee break was invented.
There you are, a few unessential facts about a very essential piece of furniture.
Tweet
BUILT BY NEWPORT
450 Main St.
Newport, VT 05855-0788