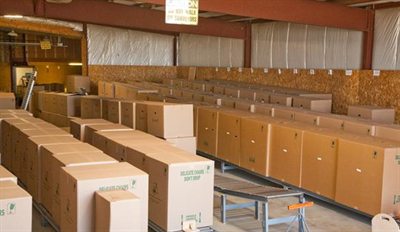 Factory orders for furniture are at more comfortable levels than last year according to a well-known accounting and consulting firm. Smith Leonard, which distributes data about residential furniture manufacturers in its monthly Furniture Insights newsletter, noted that factory orders were up 7% and shipments were up 10 % this January over the same period last year. These strong numbers follow positive increases throughout most of 2012. And although consumer confidence is still shaky, this promising data suggests our economy is growing.

Most consumers and tend to be more pessimistic than economists these days. And that is understandable. During the Great Recession we took a beating, and the manufacturing sector suffered an especially hard knock with up to 6 million manufacturing jobs lost over the last decade. Today, we continue to face stubbornly high unemployment rates along with rising food and medical care costs. But the latest economic data suggests the worst is behind us. Jobs are more numerous and personal spending is up.

The manufacturing sector took a sustained hit during the great recession. Though considered anemic by some experts, manufacturing in the United States is coming back. A U.S. job report recorded an increase of 14,000 manufacturing jobs for the month of February alone. Higher energy costs (making it more expensive to ship products from foreign countries), increased productivity and a revival in purchasing ‘American made’ products are all driving this growth. We see this revival most notably in iconic American industries like wooden furniture manufacturers and automobile manufacturing.

The housing industry is a common yardstick for measuring the health of the economy. Though sales of existing homes were down slightly in December of last year, overall home sales were up significantly in 2012 over the previous year. In addition, home values are continuing to climb in many parts of the country.
Higher furniture factory orders indicate the economy is growing, albeit slowly. There are many other factors that confirm this growth is real, the remerging housing market being one of the most important. Another critical factor in this growth is the manufacturing sector, led by companies who are actively redesigning and streamlining manufacturing processes with cutting-edge technology and highly-trained employees. Companies like Newport Furniture Parts, whose commitment to technology-driven production practices make them one New England’s premiere manufacturers of superior wood furniture components. Contact them to learn more about their comprehensive line of services.
Tweet
BUILT BY NEWPORT
450 Main St.
Newport, VT 05855-0788